the Descent into science

Cave Science Developed by the Community

Ongoing research into the microbial inhabitants of Grand Canyon Caverns is the result of a result project proposed by Ray Keeler, a member of the community. By teaming up with Science The Earth, Ray and Brad have been able to work with Grand Canyon Caverns and the ASU Outdoors Club to gather data and collect samples concerning the microbial inhabitants of a hypogene cave located in northern Arizona. Together, Brad and Ray are now working to publish their findings in peer-reviewed scientific literature.

If you are interested in Science The Earth's work with the Central Arizona Grotto on cave conservation, please click here.
Our sense of discovery and curiosity drove us to this cave and now our collective sense of discovery and curiosity can continue to drive our search for unique life. Through our continued collaboration, we have professionals, students, and community volunteers that are eager to gather and process samples from the cave. The cave explorers are seasoned veterans and have surveyed and mapped several caves throughout Arizona. The microbiologist received his PhD in Biological Design and is an expert in the study of extremophiles; microorganisms that survive under extreme conditions. However, the operational cost associated with analyzing each sample is limiting our ability to investigate these microorganisms further. All of the donations you send will go directly towards operational costs of the equipment used to characterize the rock formations in the cave, from understanding its elemental composition to characterizing its microbial community. For each sample, there are two major analytical steps: 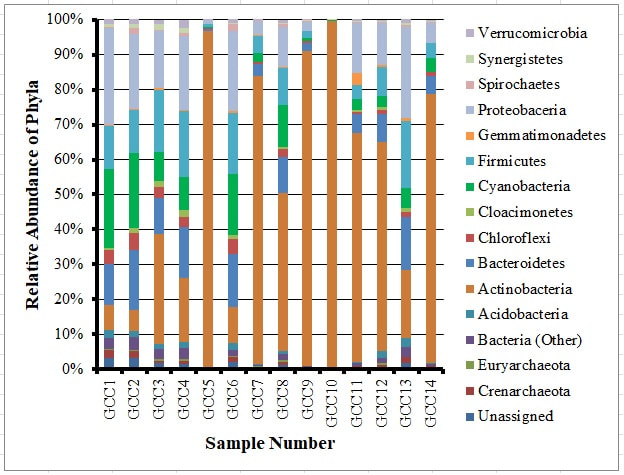 Sequence data for 14 original samples
1.       $200 per sample: Discover which microbes are present and if there are microbes which we have never before observed, characterize the elements in the cave rock, and collect high magnification images of samples (16s rDNA analysis coupled with mass spectroscopy and scanning electron microscopy).

2.       $1,000-2,500 per sample: Discover and identify which genes are present which enables us to pinpoint specific genes that may have never before been observed on Earth (Metagenomic analysis).
We have performed step one on 14 samples and are publishing this data in an Open Access peer reviewed journal. The next part of this research requires us to perform step two for the 14 samples on which we have performed step one. In addition, samples collected from newly discovered areas of the cave need to be analyzed using steps one and two. With your donation, you will contribute directly towards understanding the microorganisms and genes present in areas of the Earth that have only been explored by less than a handful of people. Our goal is to complete sample analysis by January so that we can publish on our findings by early 2018. This is not an all or nothing proposition. Even if we do not reach our monetary goal, we can still gather useful data by performing step one on new samples as areas of the cave are discovered. Every donation counts. All data gathered will be made publicly available so that everyone will have access to the knowledge acquired from this expedition. And finally, you will contribute to major scientific discoveries on Earth land’s final frontier- places where, prior to this research, no man (or woman) has gone before! 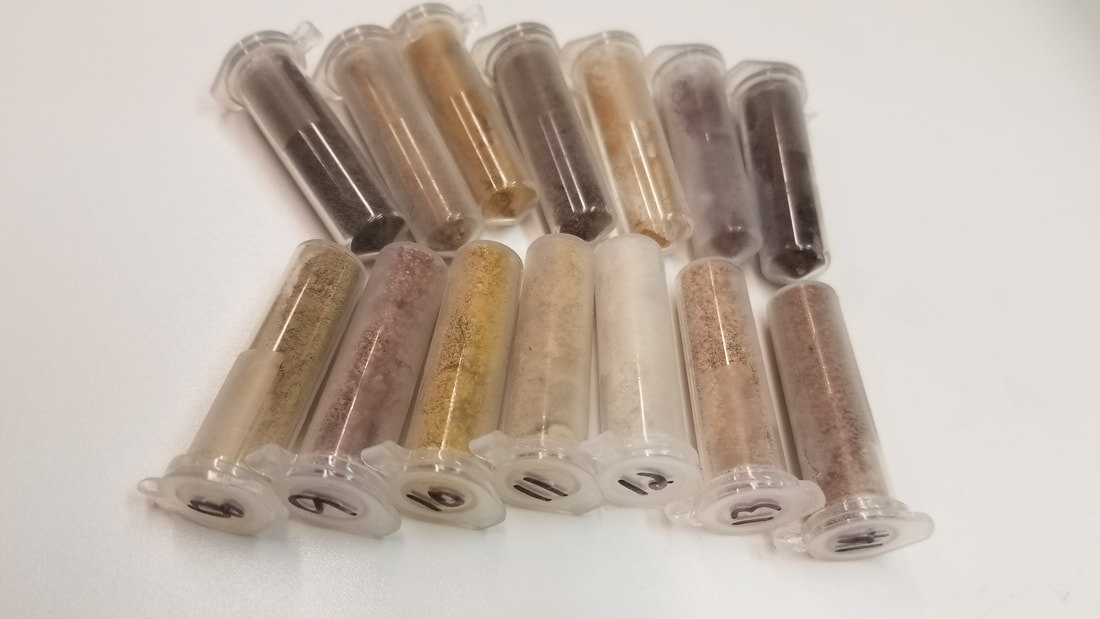 14 samples collected from the cave on which we have performed step one. We are now looking to understand which genes are present in these samples.

If you are interested in donating to cave research, please use the link below!